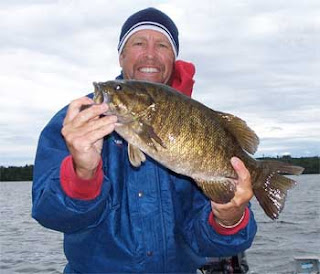 Hello from Fireside Lodge in Northwest Ontario, Canada. At the start of this week we had stable warm conditions but on Saturday evening a wicked storm system hit us bringing high winds, lots of rain, and severe cold front conditions, which lasted, through Tuesday. Wednesday things started to turn around being sunny and 64 degrees. 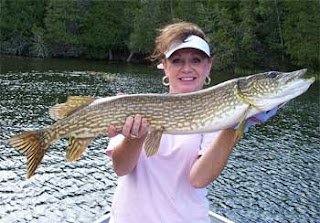 Ron & Lisa Vincent from Sherrills Ford, NC returned to Fireside Lodge for their 12th consecutive year, and Eric Hess returned for his second trip and brought Suzy Senkus for her first experience in the great Canadian Wilderness. DOA was fabulous as Ron & Lisa caught lots of fish including four 17.5” Huge Smallmouth Bass. Eric and Suzy also did great catching fish, with Suzy catching her first ever Northern Pike and Eric wasted no time landing an 18-inch Master Anglers Award Smallie. Great start for these two couples. First full day was FABULOUS as they all caught a lot of fish, both Lisa & Suzy catching Master Anglers Smallmouth over 18-inches. Ron & Lisa also caught 5 Smallmouth in the 17.5-inch range, and Ron came up with the BIG fish of the day landing a HUGE 39-inch Northern Pike. Second day had Ron and Lisa again doing great as Lisa hit a milestone catching her first Mu 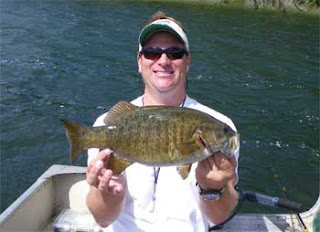 sky ever and Biggest Northern Pike measuring a fat 35-inches. They also caught a lot of Smallmouth between 14 to 18 inches, with Lisa landing a Trophy 18-inch Master Anglers Smallie. Third day both of these couples had adventures. First Eric & Suzy portaged to another lake and had a fabulous time catching many big Smallmouth Bass with Eric catching a prize Trophy 19” Master Anglers Award Smallmouth that was just about as round as it was long. They also had three large Musky follows but no takers. Ron & Lisa decided to go to Cedarbough lake to fish for Musky and Smallmouth which involves a short paddle through a creek and getting over a beaver dam. Well just as they approached the beaver dam and pushed up on it, suddenly they saw a GIANT Bull Moose with a HUGE rack standing in the creek starring at them. Not knowing what to they just watched this magnificent animal when it decided to suddenly bolt out of the creek into the bush. A 1600 LB Moose with a full GIANT rack was definitely the catch of the day. Fourth day came with a huge weather change including severe cold front conditions with very high winds, and when it rained it was h 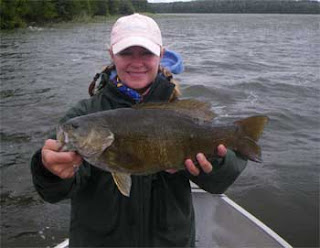 orizontal. These four gave it a great effort, caught a few fish which was an accomplishment for the conditions. Fifth day was more of the same weather and the winds were even stronger than the day before but Ron & Lisa managed to have a terrific Pike catching day, landing 20, with all being over 30-inches except one 28-incher, and Ron caught two at 35” and one 37-incher. He also lost two big Muskie, one estimated at 45”. Eric and Suzy Did well catching both Smallmouth Bass and Northern Pike while battling the high winds & rain. Sixth and final day was fabulous, or as Eric and Suzy would say and ‘Epic Day”. They ended up catching over 50 Northern Pike and three Master Anglers Award Smallmouth Bass, Eric landing another 19-incher and Suzy caught an 18-inch fat Smallie. Ron and Lisa also caught over 50 Pike and Ron landed a HUGE 19” Master Anglers Award Smallmouth and also an 18.25” & 18” Awards Smallie. Great way to finish a fabulous fishing trip in the Canadian Wilderness. All were not as eager to depart as they were to arrive, but the memories made will bring never-ending smiles throughout their every day lives. 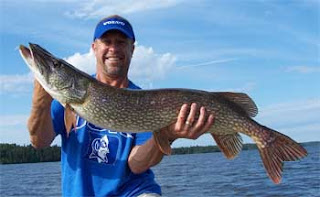 Second time fishing at Fireside Lodge were John & Monica Ziegler from Union Hall, VA. First day these two caught some nice Smallmouth Bass. Second day they faced very high winds but despite the tough conditions were the first to leave the dock. In fact everyone else was watching them as they slowly broke waves leaving our bay, which gave all the others in the lodge the incentive to go fishing. They caught a few fish trying to navigate the rough water and high winds. Third day was more of the same cond 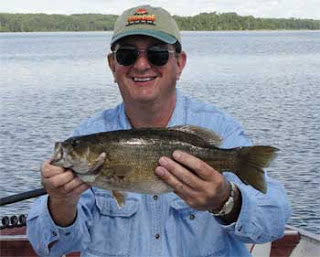 itions but worse so they opted to stay in and enjoy the day in the comforts of their cabin. Fourth day things improved 100% and they had a great day catching a bunch of Pike. On this day color made a difference as the all gold Blue Fox Spinner caught all the fish, and the Silver Blue could not buy a hit. Fifth day had these two having a FABULOUS fishing day as they adventured into another lake via a creek for the first time. They caught a bunch of Pike with Monica alone catching 20, and John did equally well but was trying to catch a big Smallmouth all day. Within the last hour John did land a beauty 18-inch Master Anglers Award Smallmouth. Patience and perseverance paid off for John. Sixth day was another fabulous day fishing and catching as they caught 24 Northern Pike, and both Monica and John caught big Smallmouth Bass in the 17-17.5-inch range. Both left saying they had a FABULOUS stay with us and looked very sad to be leaving. The high note is they made some wonderful memories and made some new friends. Hope to see John & Monica back at Fireside Lodge in the future. 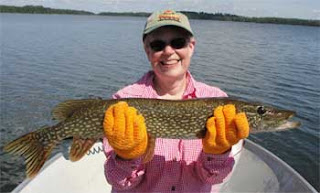 First time guest stopping to fish at Fireside Lodge after a visit with his relatives in Winnipeg was Gordon Mair from Skippack, PA. First day Gordon made his way around the lower end of Little Vermilion Lake and caught a few Northern Pike. It was very windy and difficult to fish by himself however he did a great job considering the conditions. Second day was very rough conditions for Gordon being by himself and he spent the day reading and relaxing in the comfort of his cabin surrounded by the wilderness setting we have at Fireside Lodge. Third and final day the wind conditions were as bad as the previous day, but Gordon went fishing and did well catching a half dozen Northern Pike in the unusual rough water conditions. Gordon left saying he had a wonderful time and that he intends on visiting us again in the near future. 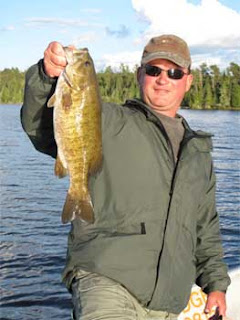 Long time return guests of Fireside Lodge were David & Steven Anater from Lancaster and Mountville, PA. First day they were met with severe cold front conditions and high winds, but after crossing some rough waters they found some great fishing landing over 20 nice 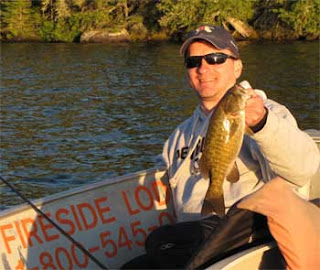 Northern Pike in the 28 to 32-inch range. Second day conditions were even worse, and after getting beat up by the high winds gusting to over 50 Km per hour and at times driving rain, they gave it up in about 4 hours after catching a half dozen fish. Third day was fabulous fast action and fun as the caught 48 Northern Pike and had lots of other action. Fourth day was a drop shot for Smallmouth day. After reading about this technique they decided to try it, and they did catch Smallies and Dave landed a BIG 18” Master Anglers Award Smallmouth. They also had some Pike bite offs and caught a few. Fourth and final day was a relaxed day just trying to soak up the peaceful wilderness we have here at Fireside Lodge. In about 5 hours of fishing they caught a whole bunch of Pike, no monsters, but the fast action was loads of fun. Both left having detached from their everyday life, and making great memories between brothers. 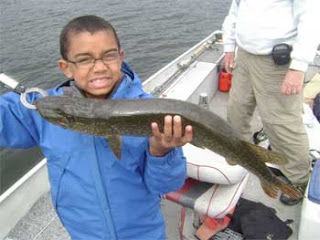 Walt LaCasse from Minnetonka, MN returned for his second trip this year, and 11th consecutive year, bringing his son Eric from Lancaster, CA an his grandson Keeghan. DOA they braved very high winds, rough waters, and driving rain cacthing 5 Northern Pike before supper, after which they called it a day in hopes the weather turns around. First day was great as they all caught Northern Pike and Keegan landed a nice 28-incher. They also caught a great afternoon nap, which revived them for the evening fish. Second day was very good as they caught 19 Northern Pike and had fun enjoying the pleasant day after having several cold days of rain & wind. Fourth and final day was not their best fishing day but what it lacked in catching was made up for with the beautiful near perfect weather. Walt said that it was so nice to be on the water that they did not care about the fishing activity. All had a great stay and Walt reserved for the same dates in 2011 before departing. 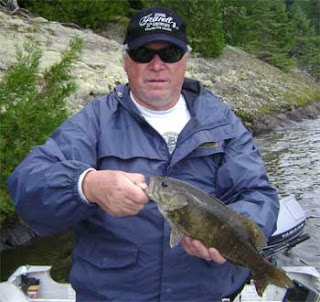