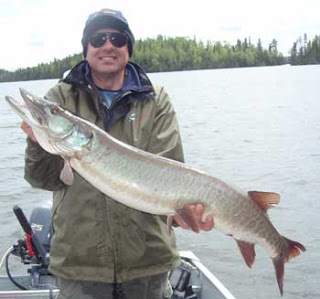 Hello from Fireside Lodge in Northwest Ontario, Canada. We just completed our 22nd opening of Fireside Lodge, and the weather was accommodating having high temperatures from the low 6o’s up to 70 degrees. As some would say “The Fish Were Biting”. As many Northern Pike and Smallmouth were caught along with a few incidental catches of Muskie and Lake Trout. 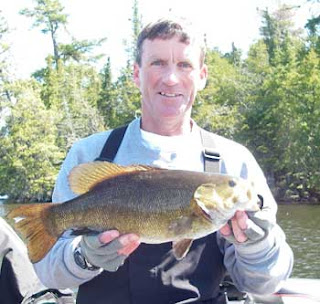 Frank Hazzard from Arlington, Texas was here for his 21st consecutive year and 19th consecutive opening day. What can I say but that Frank had another FABULOUS stay fishing and catching a bunch of Smallmouth Bass, Northern Pike, and a few Muskie and Lake Trout. He h 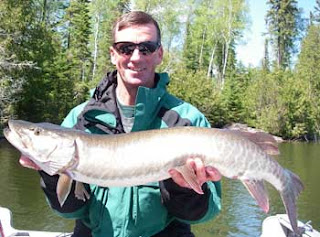 ad several days catching over 100 fish, and all others were 32 to 70 fish days except for one. Many Smallmouth were caught 16 to 17.5”with several over 18-inches. He also caught a GIANT Lake Trout and a Muskie in the 38-inch range. But for Frank it’s not just about catching fish. He comes here to enjoy our near 100-year-old lodge, the beautiful wilderness, and amazing wildlife we have at Fireside Lodge. Last year he got two amazing video’s, one of and Eagle swooping down to catch a fish and the other of a moose swimming across the lake. Both are on our YouTube channel. This year was a video of a beaver in action doing what beavers do, soon to be coming on our YouTube site. After 21 years Frank still experiences new and exciting events while interacting with the outdoor world at Fireside Lodge. Frank is definitely BUSHED and will forever crave the Canadian Wilderness. 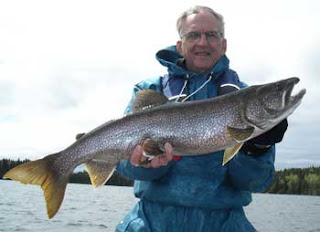 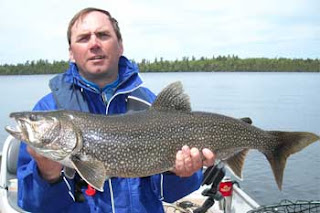 ear and 14th stay with us at Fireside Lodge. These two had another fabulous fishing trip together catching a lot of Northern Pike, many being over 30-inches up to 37”, and a good number of Smallmouth Bass with Brian landing 2 Trophy Master Anglers Award Smallies and Tim catching one of these beauties. With the water temperatures still being in the high 40 to low 50 degree range the bonus fish were incidental catches of Lake Trout each catching 34” & 35” Monster Lakers. Along with their fishing experience they had a great time conversing with other guests at suppertime, and made another set of fishing memories as friends and fellow anglers. Thanks for choosing Fireside Lodge. 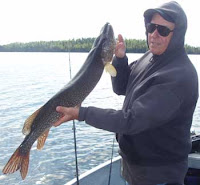 Father/Son Don and Greg Foley from Pasadena & Crownsville, MD made their first fishing trip with us. During their 3 days they caught many Northern Pike and Smallmouth Bass, two Muskie and several big Lake Trout. Don caught an 18” Master Anglers Smallmouth, two 25” Lake trout and their biggest Northern Pike measuring 38.5”. Greg came away with landing three trophy size fish one being a monster 35” Lake Trout, an 18” Smallmouth Bass, and the third was a giant 46” Musky, both being the biggest Greg has ever caught. Don & Greg made another set of Father/Son fishing memories and left having a great time saying they will return. 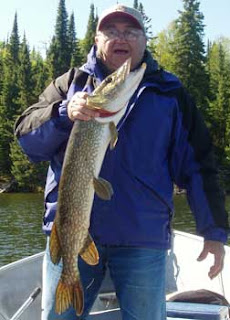 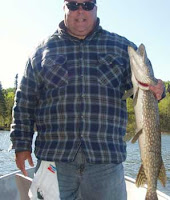 timers fishing at Fireside Lodge. For first timers they caught on quick catching many Smallmouth Bass & Northern Pike, Augui landing two-trophy class Smallmouth Bass at 18”. These two discovered the plus of sizing down and a slower presentation in early spring fishing. As a result they said, “We had our best Northern Pike Fishing Ever”. Many of the Pike were 30” or larger up to 34-inches. They also knew how to relax and enjoy conversation as every evening after supper they sat on their deck overlooking the lake and enjoyed a good cigar with a beer or two. They made great father & son memories and said they will definitely return in 2013. 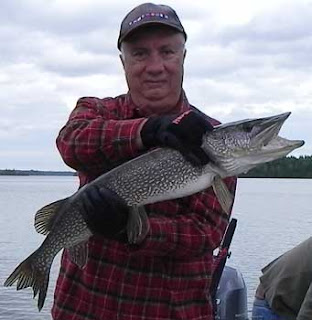 First time Guests Mike Chaser, Nick Christner, and Resit Unal all from Virginia were ready to fish in the beautiful wilderness we have 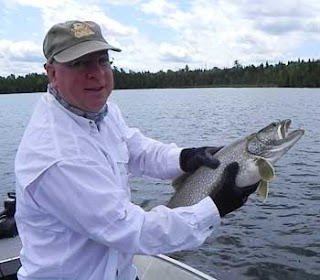 to offer, after their long ride. They started by purchasing a few lures from my tackle shop and one selection was a #3 Blue Fox Spinner. The rest is history as they were back the next evening purchasing more. They caught all kinds of fish on this lure including Lake Trout, Muskie, Smallmouth Bass, Northern Pike, Whitefish and Perch. Resit started out strong by catching a few BIG Lake Trout & Pike. Nick had and exciting catch of a BIG Laker as it gave him quote “The fight of my life”. Mike did a great job of getting them into fish being the boat driver and on their last day ended up with over 20 Northern Pike and several nice Smallmouth Bass. When leaving us they all said that Fireside Lodge would definitely be a repeat fishing trip for all. 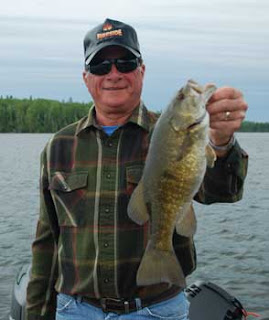 Father & Son Larry and Scott Siebenthal from Creve Coeur, IL returned for their 12th time. These two did very well despite a mid-week cold front, having two days catching 27 Northern Pike, and on one of these days caught 16 Pike over 30” up to 36”, along with 6 Smallmouth and four Muskie, one being a fat 37” Tiger. They also had two days catching 20+ Pike and one day they landed 14. Without even trying they also caught anywhere from 3 to 11 Smallmouth Bass a day and Scott caught a Master Anglers Award Smallie over 18-inches. Larry and Scot had a terrific traditional Father and Son Canadian fishing trip, however their better halves, Diane and Candy, who have been on several trips with them to Fireside Lodge were back home longing to be here enjoying the Canadian Wilderness Fishing with Larry and Scott. I don’t think they will be at home for next years fishing trip! 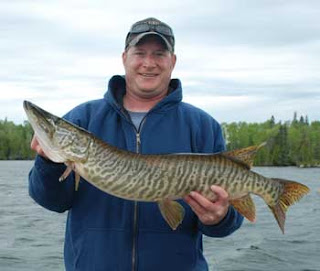 Posted by Alan Brandys/Fireside Lodge at 5:24 AM

Email ThisBlogThis!Share to TwitterShare to FacebookShare to Pinterest
Labels: fishing in canada from trophy fish at lodges