Hello from Fireside Lodge in Northwest Ontario, Canada. Weather was again beautiful this week having temps in the mid to high 70”s, cool evenings, & no rain. However, rain is what we need with the creeks getting lower every day and many forest fires burning in the region. 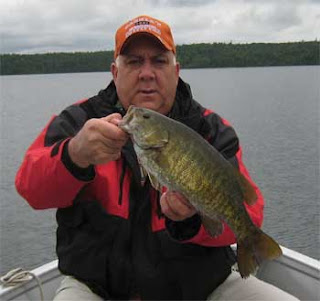 Joe Denise from Paletine, IL & Bob Nelson from Elmwood Park, NJ were back to fish Smallmouth Bass. Guests since 1996 these two know Smallmouth on our lakes system & did very well having several 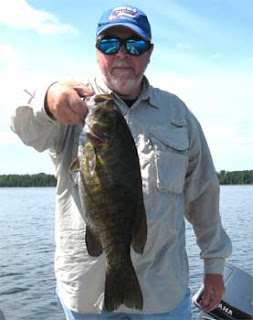 days over 50, one day over 70 & the rest were 20 to 50 Smallies per day. Bob’s favorite way to fish is top water and Joe’s is with a variety of plastics, & does he ever have a selection. Bob is simple usually having two rods rigged, 1 with a Pop-R & the other with a Chug Bug. Basically the same. They also caught a lot of BIG Smallmouth both coming away with two Master Anglers Trophies between 18 to 19”, and many 16 to 18-inch fish. They also had plenty of good conversation (never lacking here) and made another set of fishing memories between two very good friends and fishing buddies. Thanks for choosing Fireside Lodge to do so.

Carl Adams & Jody Fraser from Muskegon, MI returned for the second consecutive year. Their first two days they caught a lot of Northern Pike losing a few big fish at the boat during the netting process, however Jodi did land a HUGE 38.5” Pike. Third day was also good as Jodi said they caught fish all day long. Fourth day was a portage lake for Mu 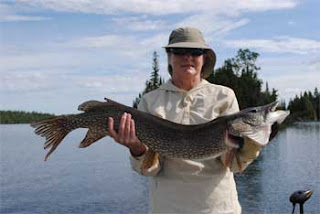 skie and Smallmouth Bass fishing. They had a great time enjoying the adventure of a portage and being on a lake all to themselves. Also, they caught some big Smallmouth Bass, Northern Pike and Jodi caught her first Muskie ever. When all was said and done they expressed having a GREAT DAY. There last two days the main effort was towards toothy critters having great success landing a lot of Northern Pike, and just before a storm they had a double hook up on Muskie, with Jodi landing hers, and Carl lost his as the fish jumped clear out of the water and spit his lure. That was Jodi’s 2nd Musky in two days. Jody also cashed in on the Smallmouth landing her first ever trophy Master Anglers Award Smallie measuring 18.25”. Both had a great trip and we hope to see them again. 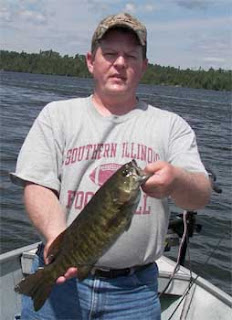 Darin Roberts from Cape Girardeaui, MO and his father Bob from DeSoto, were at Fireside Lodge for 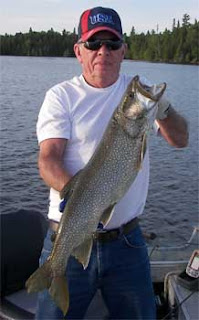 their first time to fish for Smallmouth Bass. Fist day ever on our lake & they caught over 25. Second day they landed over 35 Smallmouth & a half dozen Pike, along with two trophy Smallmouth at 18 & 18.5”. Third day was even better landing 51 Smallmouth and a dozen Pike. Bob had a few odd situations as one of the Pike he foul hooked in the side, and a Smallmouth he foul hooked it the head right between the eyes. Also, as Darin was re-tying a jig on, he drifted off a smallmouth spot into deeper water, 22ft, and just as he was finished about to move back into position Bob hooked a fish that gave him a battle for 10 minutes. Thinking it was a Pike or Musky they were both shocked when a BIG 29” Lake Trout came up. Fourth day they reached 52 with each landing a Trophy Smallmouth, Bob’s at 18” and Darin’s at 18.5”. Fifth day was a portage to catch Smallmouth and they broke their record for the 5th consecutive day landing 56 saying that a lot of the fish were heavier. At suppertime on the 6th day their count was 46 Smallmouth with 4 trophy Smallies 18 to 19”. After Supper they caught another 10 Smallmouth tying their previous days record of, 56 however they caught bigger fish qualifying there last day being their best. The biggest catch here was the memories made between father & son. 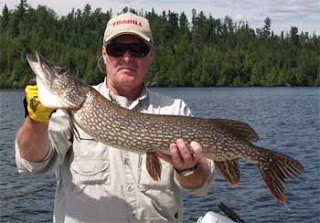 Greg, Benton, John McDounogh, Randy with two sons Dane & Ryan, and Jerry Sears and his son Mike all from Grand Blanc, MI were back for their 5th consecutive year. Greg & John are here for BIG toothy critters, Randy and his sons fish for both toothy critters & Smallmouth, and Jerry & Mike are mostly Smallmouth fishers. The have a yearly contest with the winner having the largest # of inches in any of the categories of Smallmouth, Pike, & Musky. First two days Randy and his sons caught a mix of N 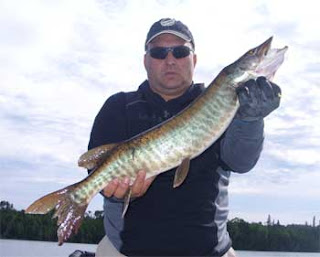 orthern Pike, Smallmouth Bass, and Randy got a dandy 33” Musky. Dane & Ryan caught some Big Smallmouth. Jerry & Mike got into a bunch of Smallmouth their 1st day including ea
ch landing a Master Anglers Smallie at 19 & 19.5”. The BIG Fish Guys John & Greg had a lot of follows from big fish & it paid off the second day catching some in the mid-30” range, John lost a big Musky, & Greg caught a Master Anglers 40” Northern Pike.

Through the next three days they caught a lot of fish, saw many BIG follows & landed many BIG Smallmouth Bass. Jerry caught two more 18.5”ers & another at 19, Mike had three at 18.25”, 18.5, & a Monster 20”er. Dane caught an 18.5 & a 19” Smallmouth along with a 36”Pike, and Ryan caught many 14 to 16”. Also John landed a beauty Tiger Muskie at 38”, & missed a very big Musky. Greg landed a 41” Muskie. Well the winners on the total length contest were the Smallmouth guys as Jerry & Mike were run away winners. All had a fabulous time and are already planning their return trip for 2012. 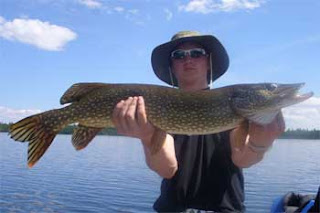 Father and son Dennis & Mark Lowney from Aurora, IL, guests since 1991, returned for their annual fishing trip. First two days these two caught a bunch of Smallmouth and Northern Pike staying within 10 minutes of the lodge. The ticket for Smallmouth were sinking worms rigged wacky style. Throughout there remaining days they fished between relaxation time and did well on both Northern Pike & Smallmouth. A big part of their trip is visiting with other guests, telling stories & jokes. Denny got to know fly-fishers Steve & Jon (below) & when visiting Ireland with family brought each a gift of assorted flies tied in Ireland. That’s and example of how connection between guests are made while staying with us at Fireside Lodge. Both left staying they loved staying with us and we hope to see them again. 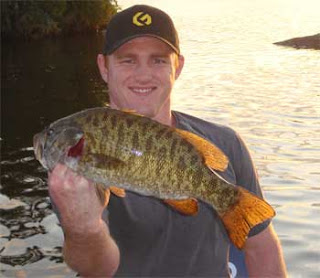 Steve Jensen from Springfield, IL & good friend & fishing buddy Jon Harrison from Georgetown, TX were back for their 8th consecutive year to test their fly-fishing skills on Smallmouth Bass, Northern Pike, & Muskie. Steve mentioned on arrival his quest for a Musky on a Fly. First day was an “all pike day” catching many. 2nd day had them portaging for Muskie & Smallmouth and John caught a beauty measuring 17”. Third day they caught three pike in half day. Rain kept them in the other half. Fourth day was very windy not being accommodating to the fly-fishing techniques. They caught a few but struggled most of the day, but that’s why they call it fishing & not catching. Next day they ended their trip with a bang with Steven landing over 30 pike himself & John had about a half dozen. Both had a great stay, made their reservations for 2012 & we will be seeing Steve again with his wife in August. 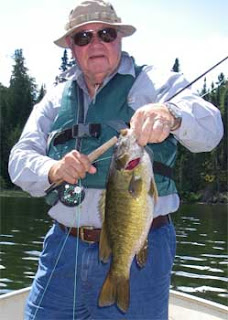 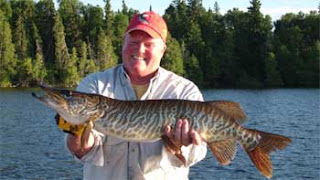 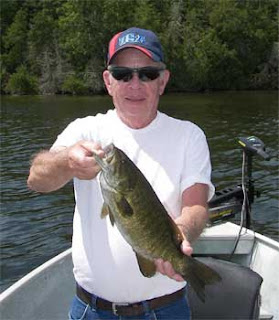 Posted by Alan Brandys/Fireside Lodge at 4:19 AM

Email ThisBlogThis!Share to TwitterShare to FacebookShare to Pinterest
Labels: canada fishing for trophy fish at lodges